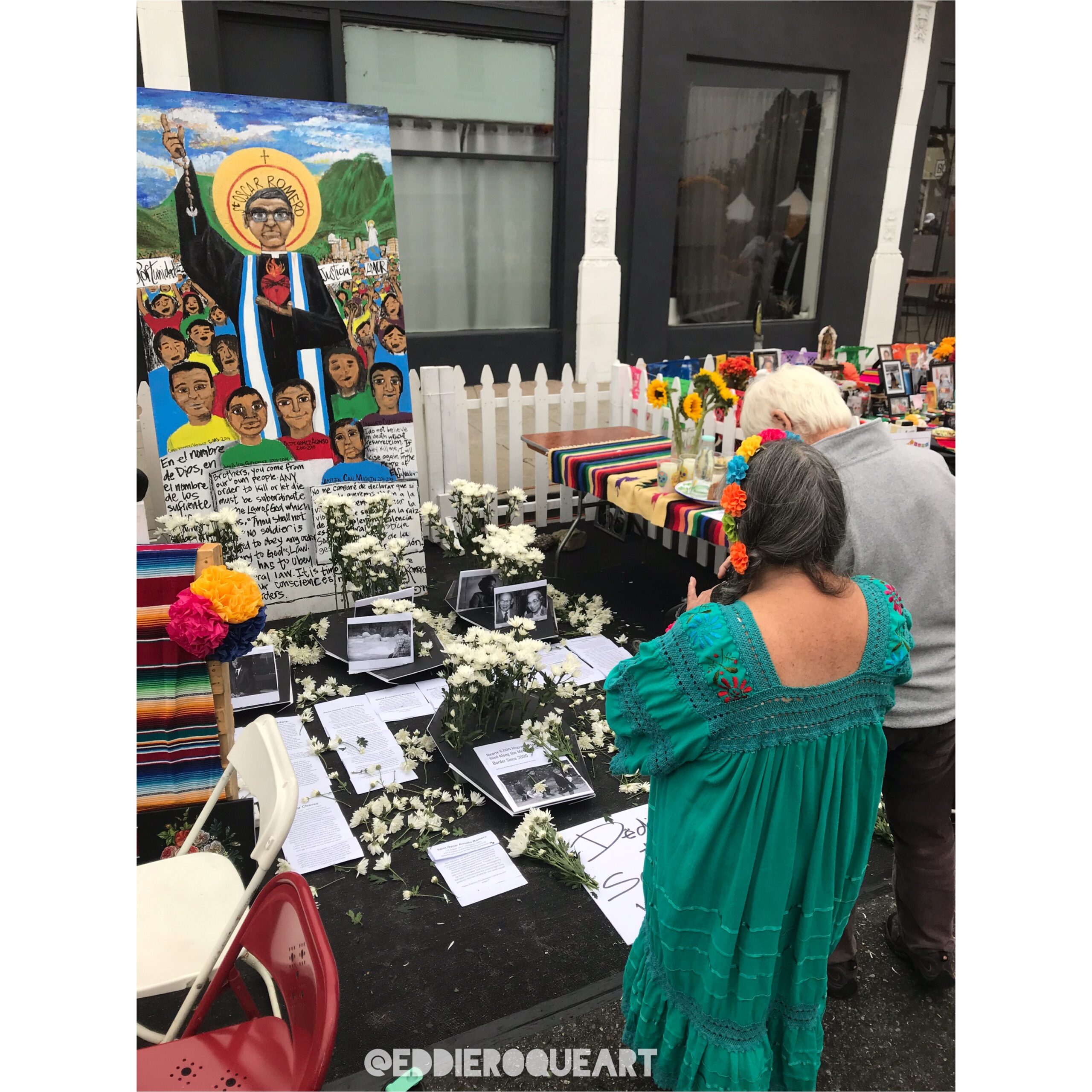 “Santo de La Gente (48”x96”, composite plywood, acrylic). This painting is in honor of the Innocent 6 that died in CBP detention. They are accompanied by St. Oscar Romero, martyr of social justice. St. Romero is the Salvadoran archbishop assassinated by a hot squad funded by Reagan administration and the fascist Military government of El Salvador at the time. He was assassinated during mass while fighting for social justice for the poor and indigenous that were being exterminated. I grew up listening to harrowing stories about “El Monseñor” like as if he were a super hero for the poor. It was only fitting that I call upon my superhero to help protect innocent poor immigrants from the danger posed by another fascist government in the Trump administration.” – Eddie Roque

There are no reviews yet.

Scroll back to top